Bedtime Stories for the Criminally Insane 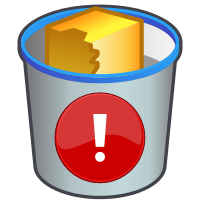 So I’m in the bookstore and I walk up on an old friend. I worked with her a few jobs ago. She’s the sweetest thing since chocolate-covered bacon. I smile and say, “Hey, girl!” It takes her a second to place me because last she’d heard I’d moved away. That, and I resemble one of her old English teachers. Then she recognizes me and we catch up. The basics.

Something is mentioned about connecting and I ask, “Are you still on Facebook?” And she says, “Yeah, you deleted me.” There is a horrible silence. I reach for my skin and try to step out of it, like Bugs Bunny. It doesn’t work. I ask if she’s sure about that, but now I’m remembering a while back when I got really drunk and got on Facebook. I was irritated at the time. Not at her, but at the world in general. And I started looking at all the posts, which were, at least for that day, just irritatingly stupid for one reason or another. And I was like, “F@ck this.”

I started deleting people left and right. I wasn’t using a scalpel either. I was using a large, medieval mace. People who never posted got the axe. That’s what Facebook is for – posting. If you’re not going to share, go away. You don’t get to hang around outside the forum, hiding behind a bush and peering in the window like a voyeur. No peepers. You want to know what I’m fixing for dinner, tell me about that marvelous cupcake you had yesterday. It’s a give and take.

People who posted pictures of their garage. Deleted. You know who you are. And this is someone I would still have lunch with. Your workout equipment in your garage doesn’t excite anyone but you. And the fact that it excites you to the point where you run for the camera is a little disturbing. Garages are not for picture taking. Garages are not for parking cars. Any middle class American can tell you, garages are for hoarders with no organization skills to hide things from the outside world. If someone came to our house and saw a set of wooden golf clubs setting by the couch, they might ask if I play with them. No, I would say. I got them cheap and I think they’re worth about $70 a piece. You gonna sell them, they would ask. Um . . . no, I would admit. Oh, they would say, and then the conversation would trail off. I would be forced to psychologically reconcile my squirrel-like habits, using the same scarred mind that gave rise to said actions. Not an ideal situation for keeping my ego above poverty level. The same thing applies to whatever is in several large, blue plastic containers in our garage. We take them with us from house to house every time we move, but I’m not sure if we have ever opened them. Most have labels, so there’s no need. They may contain bodies, mason jars full of quarters, or large mutant spiders. Maybe that’s where my workout equipment is.

People who I friended because I thought their life was interesting, but later learned it wasn’t. Sometimes you can compare yourself to boring or stupid people and feel better about yourself. But for these sad sacks, the empathizing would only lead to a soul-sucking sadness. Like those Harry Potter soul eaters. Expecto Patronum you catatonic droolies. Deleted.

And the last category that gets you thrown into the fire is happiness. Yes, that overrated floozy of serotonin. My friend suffers from a plethora of happiness. A very rare, but emotionally draining disease that can lead to giggling, nice comments, and smiling in general. I’m not against using happiness recreationally, but when it wraps its colorful claws around you and causes constant delight, it’s time for an intervention. How can I think this way? Come now, you do too. When is the last time you’ve gone to see a really good movie that was happy all the way through? Doesn’t happen. Why? Because happy means nothing without a little conflict. A little pain and suffering. And when do we really get into the movie? When we root for the protagonist because on some level, we sympathize with them. We feel their pain and struggle. We want them to overcome. To win. If there is no struggle, no pain, and the protagonist frolics through the movie with seemingly no life problems, what do we care? We have problems, they should too.

And my friend’s posts were too happy. Plain and simple. Deleted.

But here’s the kicker people – I still consider her my real life friend. And you know, denizens of Webtopia, even though some of you may not see it, there is a huge difference between a virtual friend and real one. With reality TV, manufactured news, and all of our emotions pent up in pixels, the lines between reality and virtual are becoming fuzzy. A Facebook friend is someone you share life events with. That’s it. Nothing special, because you are sharing the same thing with everybody. And let’s not forget that it’s nothing more than a glorified form of blogging. That translates to writing. And not everyone is a writer. Not everyone can draw you in with a story.

Reading Facebook posts is like reading a series of mini-biographies. On a scale of one to ten, most biographies suck. They’re not a huge portion of book sales, cornering 1% of the market. So know this, if you get deleted, you’re not getting defriended. It just means you’re boring. And that’s okay because you’re attempting to excel in a really boring market.