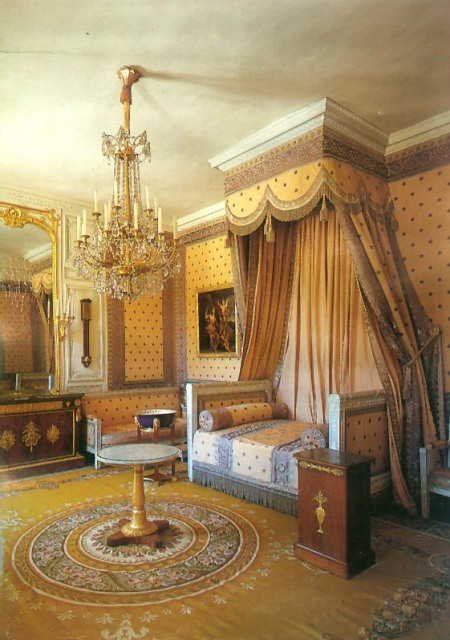 Here’s the link to Dave’s: http://www.daveramsey.com/blog/20-things-the-rich-do-every-day

I have to say I agree with his response. The list Dave posted comes off as pompous to me. Who is the audience here?

His sycophants that already hang on his every word? So they can what, feel better about themselves or give themselves a pat on the back?

Or the poor people? So they can what, try to be more like the people who just made a list that publically taunts them? These are the reasons we’re rich, it says, and the reasons you’re poor. If you want to be rich like us, do what we do.

If the purpose of the list is to convert the blue collar mindset, the delivery was fucking horrible. That Dave is confused by the backlash is proof that he is completely disconnected in the way that all rich people seem to get after they have money for a while. Or if they have a cross shoved so far up their asses, they’ve become intolerant. The whole ‘you’re poor because you want to be’ or ‘if you really wanted to get out of your hole, you could’ mindset starts creeping in. And they seem to not only lack the necessary empathy to reach the masses, but actually get irritated with all those poor people who just don’t get it.

There’s also the inference that if you just start doing these rich people things, you’ll end up rich. It never supposes that the reason these rich people can have these habits is because they are already rich. It doesn’t necessarily mean they became rich because of the habits. The redneck with a GED isn’t going to get rich because he suddenly starts reading more than he watches reality TV.

Ben’s response was more a reality check for the conservative side on what poor people really do every day. Let me address each of Dave’s 20 original list items a little more specifically.

Bad-for-you food is cheaper. Poor people have less money than wealthy people. Connect the dots. Poor people gamble because for a lot of them, that’s their only 1 in 1,000,000,000 hope to get out of the pit they’re in. Why would rich people feel the need to gamble? They already have lots of money.

2. 80% of wealthy are focused on accomplishing some single goal. Only 12% of the poor do this.

Agreed. Having goals drives people. But I would say the poor do have a single goal. Not to be poor. They just don’t know how to get unpoor. If it was as easy as reading a stupid fucking list and implementing it, there would be a lot more unpoor people out there.

If you’re working two jobs so you can have $5.00 disposable money at the end of the week, I’m guessing gym membership isn’t an option. I’m also guessing that if you do manual labor all day, like a lot of blue collar workers do, you’re first thought when you get home is probably soaking in Epsom salt or having a beer to take the edge off and relax the muscles, not do laps around the fucking trailer park.

4. 63% of wealthy listen to audio books during commute to work vs. 5% of poor people.

Yeah, I’m not sure why people who may not own a car, or have an older one without a CD player wouldn’t want to purchase an audio book. And oh yeah, they’re $25 and up. I’ll say it again. Poor people have less money than wealthy people.

6. 63% of wealthy parents make their children read two or more non-fiction books a month vs. 3% of poor.

I think this is just a bullshit statement. I know people who have money and none of them would force a kid to read one, much less two, non-fiction books in a month. If you want to encourage reading for kids and teens, you encourage reading, period. Whatever interests them.

Again, 70% sounds like bullshit to me. And poor kids do volunteer. It’s called minimum wage. Which is pretty fucking close.

I’m confused about this one. Are we including social media, house calls, emails? Psychologically speaking, who puts this on a list that differentiates the rich and the poor? What in the hell does this show? Are they trying to say that poor people refuse to wish people happy birthday? Here’s how it works for poor people. You invite your kid’s whole damn school and everybody in church. That way, your kid gets a lot more gifts than the two twenty dollar ones you could afford to buy them. The only catch is that if they show up to your kid’s party, you gotta show up to theirs.

How the fuck can you say that only 17% of the poor are writing down their goals, when in question 2 you stated that only 12% even have goals? Note to Rich Conservatives: add a remedial math course to your ‘to-do-list.’

This is just #6 worded differently.

That’s because the really wealthy are scared shitless of what judgmental, idiotic prejudice will come flying out of their self-righteous mouths if they open them. Poor people have nothing to hide.

Please explain how poor people need to go about networking. I’m all ears.

Stupid shit on TV helps us veg out and forget we’re poor.

I surrender on this one. I believe you and don’t understand the phenomenon. But if I do watch a couple of minutes of Honey Boo Boo, I end up watching the whole damn thing. God, forgive me.

Cause after their morning jog, they spend an hour getting peer presentable, and make sure they have enough time to sip their Starbucks coffee while listening to their non-fiction, educational audio book on their way to being 20 minutes early to work to impress the boss. First in and last out. Impressions, Impressions.

16. 74% of wealthy teach good daily success habits to their children vs. 1% of poor.

‘Opportunity luck.’ Mmm. Okay. I’m assuming the other 96% of poor people, like me, were wondering what the made-up phrase ‘opportunity luck’ means. I guess we need to read more.

I’m really interested here as to why the wealthy think good habits are good, but 8% percent less think bad habits are not really bad. A slight bit of an epicurean gap, if I do say so myself.

19. 86% of wealthy believe in lifelong educational self-improvement vs. 5% of poor.

In general, the more educated you are, the more money you will make. Thus, you have the experience of obtaining an education and getting wealthy. And since you are now educated, it allows you the presence of mind to see the connection. Some would simply call this hindsight. Or you have parents who have already gained this experiential knowledge and passed it on to you. Bravo! But if you are uneducated, you may not be able to see the importance of education. Your parents may not understand the connection. May not be able to do anything about it, even if they do. That little piece of paper you get from colleges costs a ridiculous amount of money nowadays. And try to remember once again, poor people have less money than wealthy people. In short, if you are uneducated and/or come from an uneducated family, it’s hard to think your way out of the box if you don’t even know you’re in the box.

I agree. People should read more.

Look, here it is in a much smaller nutshell.

If you can read those sentences and understand what that means, then you might understand why a bunch of blue collars would get irritated with someone who thinks they have reduced the quality-of-life problem to a list of 20 simple statistics.