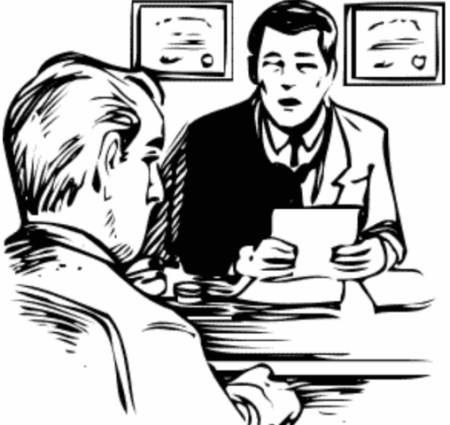 So a while back I got a phone call from a company that was looking at hiring me in Oregon. But then they said the hiring manager had decided not to continue the process due to something I had posted on my WordPress site. Um. Okay. I had never encountered this before and so I stammered through a half-horse attempt at defending myself, even though at the time I had no idea what he was referring to.

Then I found it in my blog entry entitled Unprofessional Me, when I was unemployed and particularly fed up with the hiring process and the whole corporate structure in general. I vented. And I admit I referred to hiring managers in a very generalized manner. I didn’t lie. But it wasn’t nice. You can read it for yourself. If you’re someone who enjoys putting on their $40 tie in the morning, loves business related acronyms, and puts your hands behind your head and leans way back in your chair during the interview, then you won’t like the article. Which would mean . . . that you don’t have to follow my blog. There are only about 150 people who do.

This event put me in a strange state of mind. My first thought, though fleeting, was that maybe I should take the post down. As soon as that thought entered my mind, it felt foreign and dirty. And yet, that would have been the easiest solution. To just remove the post and be done with it. There are no more posts on my site that talk about corporate management like the dried turds they sometimes are. So I would be safe from pre-job-offer judgement, right?

But then I started looking at my other posts. There’s one about Dan Cathy, the intolerant owner of Chick-Fil-A. So what if the hiring manager is a tight-ass conservative? I certainly wouldn’t get hired, and because of my political beliefs. Of course, I would never know it unless, like this recruiter, someone told me the reason. I would remain unemployed and clueless as to the reason I never got a callback. Maybe I should take that post down too.

And there’s the poem about having my religion surgically removed. It’s a subtle dig at Southern Baptists and the lengths they would have to go to in order to prepare for this surgery. Maybe the hiring manager is a devout Baptist. That would definitely be a no hire, and because of my religion, or lack thereof. Even though that’s against the law, who would know the reason? No one. I’d better take that one out too.

Oh, and there’s the short poem where I’m daydreaming about humping an Asian colleague while at work. That one wreaks of a sexual harrasment lawsuit waiting to happen. I don’t want to send the wrong message. I’ll have to erase that one for sure.

There’s the one where I show that Alabama is the worst on Medicaid. They can’t even point to Mississippi on this one. They’re at the bottom of the pile, all because the Governor didn’t take free money from the Government. Idiots. Maybe the HR lady grew up in Alabama. Maybe she loves Sweet Home Alabama and can skin a buck and run a trot line. Sing along if you know the words. No job in my future if that’s the case. Another one gone.

And the one where I attack Dave Ramsey’s pretentious list of things rich people do that poor people don’t. There I go attacking conservatives again. There’s a pattern here. I have to get rid of all these.

I have a dark sense of humor. So there are some more poems that have to go. The more I think about it, the more I can see myself just erasing all of my posts and replacing them with a resume. Or some general pics of the kids on vacation, the dogs, something uplifting and clean.

The only thing is, this isn’t my fucking resume. I’ve already handed that to you. This isn’t a place I created to impress hiring managers. In fact, it doesn’t relate to my job at all. Has nothing to do with my work ethic or how I behave professionally. This is a place I created to get all the shit that clogs up my head out. Yes, it’s public, but isn’t everything nowadays? And I never talk about specific places or people where I’ve worked. I’ve never misrepresented a company or intimated anything about anyone that you couldn’t look up on the web yourself. And although this is here for you to dig around in, don’t think of it as a secret file cabinet of past work experiences or the FBI’s psychological profile of me. Think of it as my underwear drawer. You’ve opened it and seen the whites – yellow in front and brown in back.

I look forward to your phone call.

Check out my works in progress